“Paprika – The Red Gold of Kalocsa”

Being half Hungarian, Paprika is a spice I use more often than most other people I know. But what is in those tins and where does it come from? The search turned out to be a fascinating mix of culinary, botanic, and cultural history so let me give you a little taste (pun intended) of what I found out! Although I’ve eaten my share of stuffed peppers, the dish I cook most often, that most speaks to me as a symbol of paprika fare, is Chicken Paprikash. I’m in good company because this happened to be the favorite dish of the lovely Queen Elizabeth of Hungary and Empress of Austria (wife of Franz Josef I) whose photo is below. Earlier, it was added to the menu for the House of Lords in 1844, which established it as the spice that is iconic to Hungarian cuisine today. Decades later, in 1879, Escoffier himself took paprika from Szeged to Monte Carlo for introducing the French to Guylas Hongrois and Pouletau Paprika (Hungarian Goulash, Chicken Paprikash). 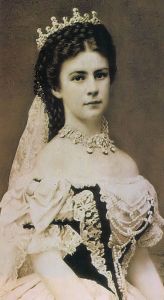 That is just a glimpse but you can read the entire article from the October 2014 issue of Mediterranean Gardening & Outdoor Living by going to the tab “In the News” in my website. http://www.solowhorticulturaldesigns.com/news/